JOIN THE 8% OF AGENTS THAT ARE SUCCESSFUL IN THIS BUSINESS

CODY ASKINS IS THE #1 INSURANCE SALES TRAINER IN THE WORLD 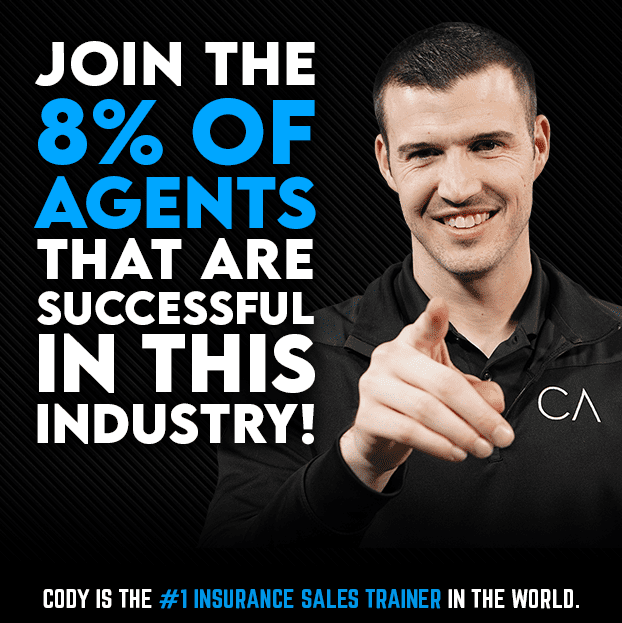 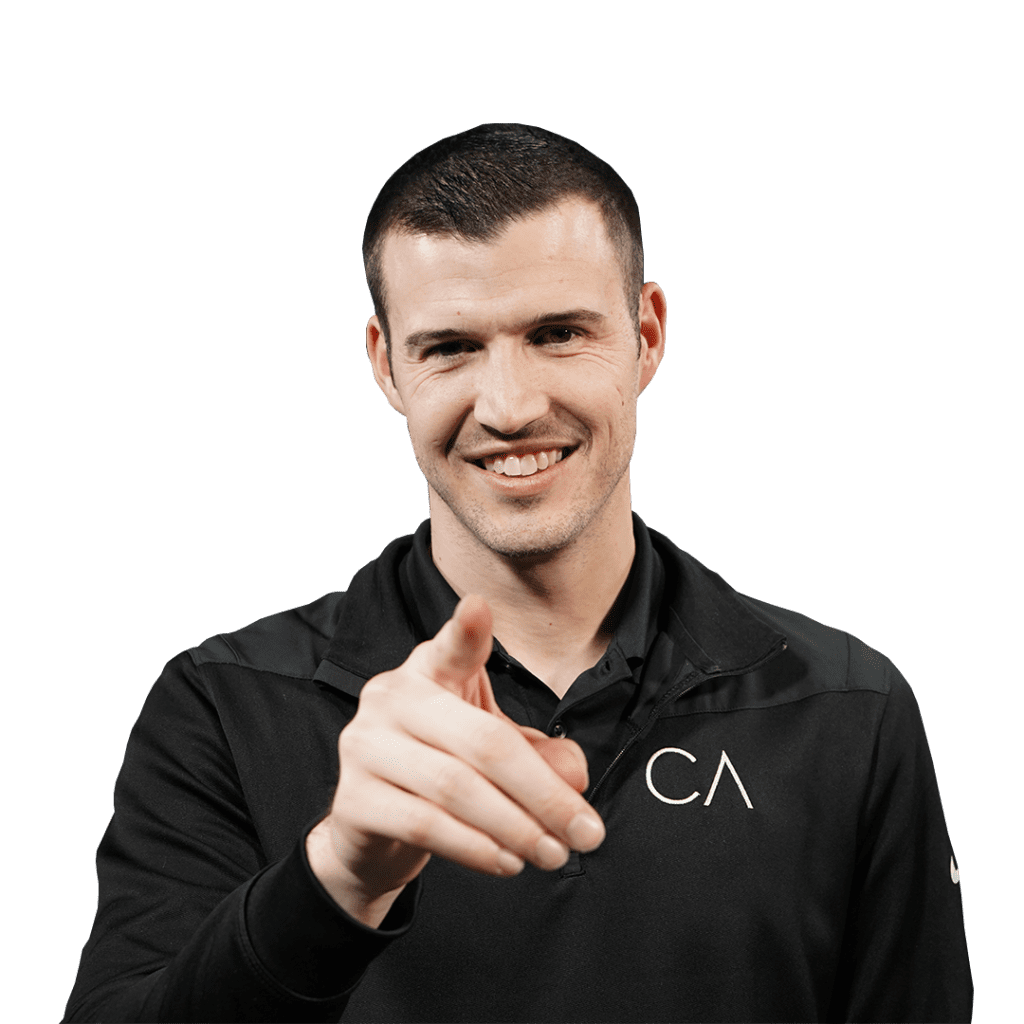 Cody Askins owns and operates four insurance based companies grossing over 5 Million in sales. While going to school full-time, Cody set a goal to make $100,000 in his first year. While doing so, Cody developed a system to set more appointments and get the most out of leads.

After exceeding his goal in less than 8 months, Cody realized other agents could use his system and made it his mission to help others do the same. In 2015, he created a YouTube channel providing free training to agents, eventually taking off and developing into an entire platform for insurance agents to benefit from. 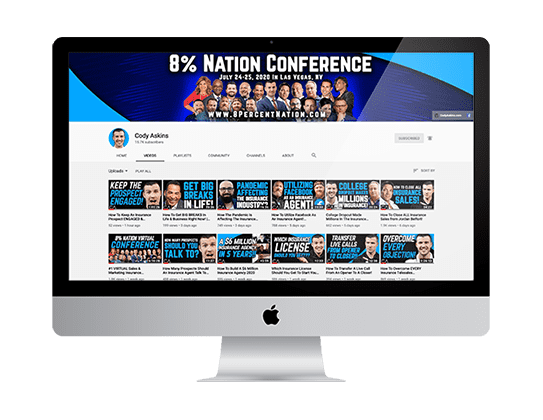 Cody Askins covers training for insurance agents and many different sales-related topics. Cody’s channel is THE place for career, business, wealth, and many other hot topics in the sales industry! 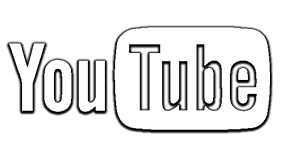 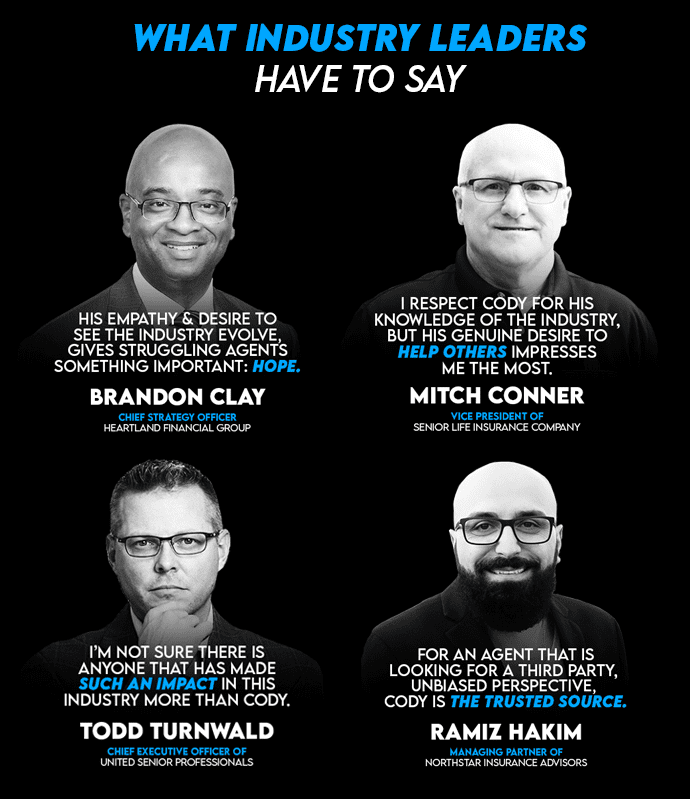 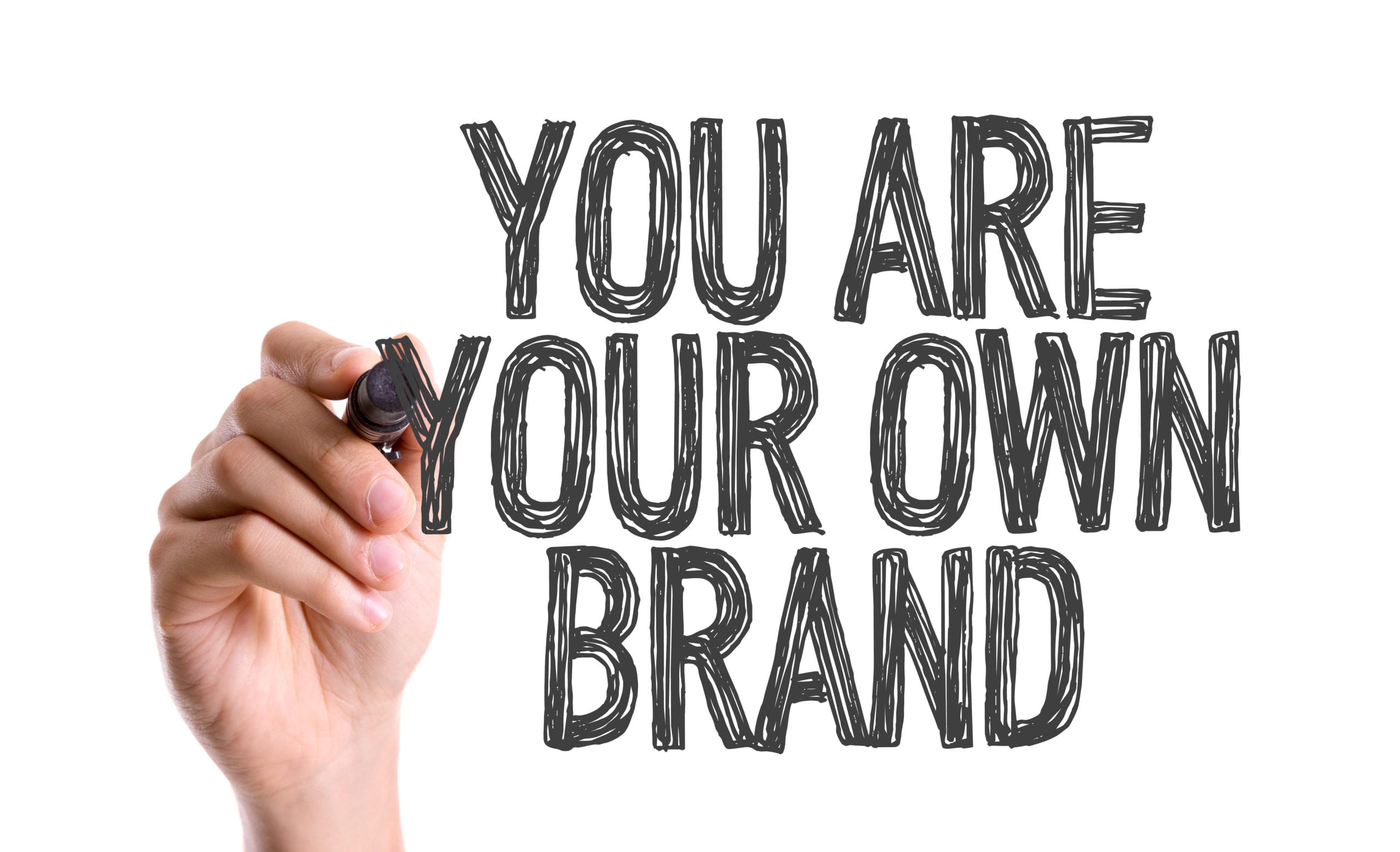 HERE IS HOW I BUILT A PERSONAL BRAND.

FIVE BOOKS ALL AGENTS SHOULD READ

HERE IS HOW I BUILT A PERSONAL BRAND.

Access hundreds of hours of training and advice from the #1 coach in the country.

Weekly interviews, strategy, and advice for building your personal brand.

#InsuranceAgentTraining #8%Nation #ThinkBigger "My goal is to help every insurance agent in the world."

Get a summary of my professional activity. Cody Askins, LLC is hiring!

Get More Information On Hiring Cody